UIA Australia is excited to announce that former Prime Minister of Israel, Naftali Bennett, will be the guest of honour in Australia for its 2023 campaign gala events across the country.

UIA is privileged to present a guest of this calibre to the Australian Jewish community. This will be one of Naftali Bennett’s first engagements since leaving his Prime Ministerial duties. Along with serving as the 13th Prime Minister of Israel, his previous positions include Minister of Defence, Minister of Education, Minister of Diaspora Affairs and Minister of Economy.  He was also leader of The Jewish Home party between 2012 and 2018 and The New Right party from 2018 to 2022 .

“His presence at our gala events in Perth, Sydney and Melbourne is a wonderful testament to the exceptional position that Keren Hayesod-UIA holds in the Jewish world. We are honoured to have former Prime Minister of Israel Naftali Bennett to launch our 2023 Campaign and spearhead our celebration of Israel’s 75th anniversary. We encourage our community around Australia to share this milestone with us as we will also be joined by the talented IDF Ensemble to give the events an incredibly festive feel,” UIA Australia President Esther Frenkiel OAM said. 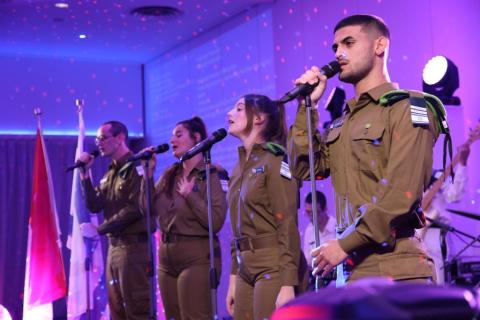 Bennett was Prime Minister during the outbreak of the war in Ukraine and there is nobody better placed to reflect on the impact of Keren Hayesod – UIA’s life saving work this year. With over 60,000 Olim expected in Israel in 2022, KH-UIA together with the Jewish Agency for Israel are the key partners with the Government in assisting with the Aliyah and absorption of those olim and ensuring they have a brighter future.

Further announcements regarding event details will be made in due course.