A year in Israel, a Jew for life

Masa serves as a launching pad to Aliyah for many participants.

It is an exciting initiative of unprecedented scope and impact that is changing the face of Jewish communities around the world and in Israel.

Masa, the Hebrew word for ‘journey’, is an innovative initiative with an extraordinary vision: ensuring that thousands of young Jews, aged 18-30, benefit from a long-term Israel experience.

Masa is the leader in immersive international experiences in Israel, including gap year, study abroad, volunteer and career development opportunities. 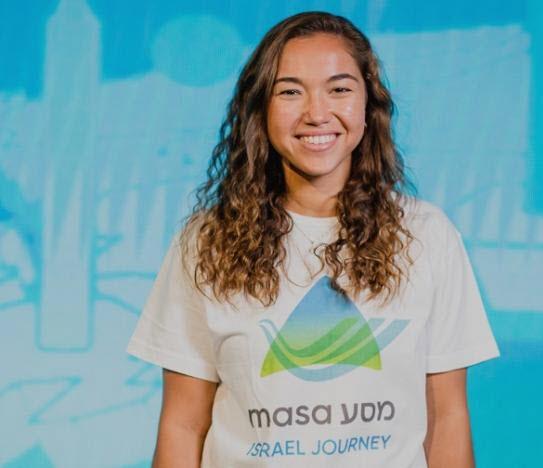 Masa has over 160,000 alumni from over 60 countries. As academic studies have verified, Masa’s impact on participants has the power to unlock a lifetime of Jewish commitment, Jewish involvement and a connection to Israel. Masa plays a critical role in cultivating the next generation of leaders in Jewish communities worldwide.

Since its founding in 2004, Masa has tripled the number of young Jews coming to Israel for 2–12 months. Annually, more than 12,000 young Jews from around the world enjoy Masa’s 200 accredited programs.
Young Jews from around the world participate in Masa programs to explore the possibility of making Israel their permanent home and gaining the skills, connections and support networks necessary for a successful transition into Israeli society.

Masa programs typically involve an element of community volunteering, which connects young Jews from around the world to disadvantaged Israeli populations. Programs like Masa Israel Teaching Fellows place participants in Israel’s peripheral regions, where they teach English and volunteer with the local community. Both the participants and Israeli communities are strengthened through these partnerships.

What is the impact?

Masa has an incredible and lasting impact across Aliyah, Israel experience, Jewish peoplehood and on the periphery. Participants report the following impact from their experiences:

This is run in partnership with The Jewish Agency for Israel and the Government of Israel who matches donations to this program.

Participants from
60
countries in
200 programs